‘SISTERS OF THE ZERO’ (World Premiere Of Multichannel Work)

Viv Corringham: ‘SISTERS OF THE ZERO’ (World Premiere of a multichannel work with live vocals)

This event is part of the series of parallel events organised in collaboration with The Engine Room 2019 Exhibition and IKLECTIK’s 5th anniversary.

Sisters of the Zero uses words by eight women artists whose work inspires me: Agnes Varda, Pauline Oliveros, Yayoi Kusama, Anne Bean, Mary Bauermeister, Susan Hiller, Sophie Calle and Shirin Neshat. To make the recordings I sang or spoke these words in places that seemed appropriate for them – on a beach, in a small cupboard, by a machine, in a strong wind etc. Live vocals use the same source material transported to this particular space and time. 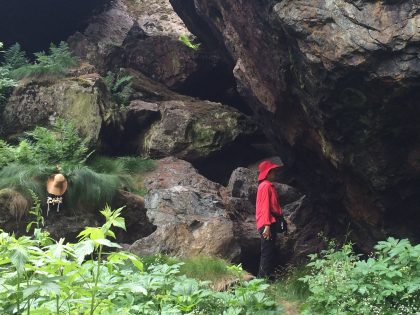 Viv Corringham is a British-born US-based singer who for the past 40 years has been cutting her own distinctive path as a singer and vocalist ranging across free improvisation, Greek Rembetika, Turkish folk and other styles of music, often combined with environmental field recordings made during solo walks. Her work includes concerts, soundwalks, radio works and multi-channel installations. She is interested in exploring the sense of place and how it links with personal history and memory. Her many awards include two McKnight Composer Fellowships through the American Composers Forum. She holds an MA in Sonic Art from Middlesex University, London. She also studied and performed with Pauline Oliveros and holds a Teaching Certificate for Deep Listening. She recently presented her multichannel piece “Shattered Song Shadow City”  in New York, Hong Kong, Taipei, London, Shantou China, Kolkata, Bangalore and Delhi India. 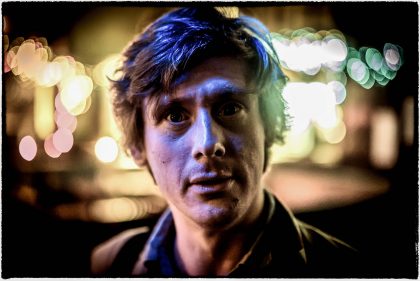 Dan is an algorithmic electro-instrumental composer and performer based in London. He is a PhD candidate in composition at Goldsmiths University studying with Patricia Alessandrini, Roger Redgate and Michael Zbyszyński. He has recently had work premièred at the Union Chapel, the Whitstable Biennial, the World Shakuhachi Festival, the National Museum of Wales, Sounds Like This, Sonorities, and the Brighton Fringe, and has had his music released on Classwar Karaoke, NoizeMaschin!!, and NX Records. Dan improvises using custom built software with the bands Some Some Unicorn, Mega Trio, and Roddart, the latter having reached the finals of the Engine Room International Sound Art Competition.